Tribal Trail remains a controversial topic after years of discussion, planning and reconsideration. The half mile (2500-foot) connector, that would link Highway 22 to South Park Loop Road, has been talked about since the mid-1990’s, with passionate proponents and opponents on both sides.

A full-page article in the January 4, 2023 Jackson Hole News and Guide did little to clarify public opinion on the subject. While no community-wide survey has ever been held on Tribal Trail, the story chronicles the results of 389 public comments made during the Tribal Trail Connector Study during the past year. 63% of commenters opposed the connector, while 35% supported it. And no one is certain whether the ‘connector’ – which has never had cost estimates applied to it – will solve the problems it is counted on to fix.

The uncertainty is based on a well-known principle of road building economics; the principle of “induced demand.” It’s a simple fact of building roads; if you build more – roads, lanes, etc. – to ease congestion, traffic will grow to fill it. One need only look at the mind-boggling Katy Freeway in Houston, which boasts (really?) 26 lanes of traffic, that still clogs up on a regular, almost daily basis.

The Conservation Alliance, working with Nelson Nygaard, a respected transportation planning organization based in Portland, recently completed a multi-year study of traffic on Highway 22, which generates its own congestion in certain times of the year.  We will be presenting the findings on our study to the community in February and will discuss a multi-faceted approach to the traffic challenges on Hwy 22; increased transit, incentives for ride shares, human powered alternatives on pathways and other options. It is a discussion worth having.

Watch this space and local media to learn how to participate in the discussion. 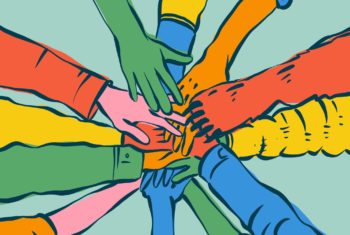