Chair Alliance board member Kirk Davenport is an enthusiastic new member of the Jackson community. Kirk was a securities lawyer in New York City for 32 years until the end of 2016 when he and his wife Peggy (also a lawyer in NYC) decided to pull the plug and make Wilson their home. Like most […] Juliet Unfried’s connection with Jackson Hole began with her family’s first stay at Trail Creek Ranch when she was six. The area’s rugged beauty and caring community were not lost on her as a child and were key factors in her moves west from New York (initially in 2002 and again in 2017). She is […] A Wyoming native, Jeanie Anderson grew up in the Midwest and pursued her professional life on the East Coast and abroad, but has always considered Wyoming to be home. As a child, she spent summers at her grandparents’ cattle ranches in southern Wyoming, sometimes visiting Jackson Hole and Yellowstone. She still remembers the awe she […] Mary grew up in northern Maine, spending the school years there and summers with grandparents, splitting time between Massachusetts and Prince Edward Island, Canada.  She graduated high school and left for Switzerland where she spent an exchange year.  Mary was placed in the German-speaking region of Switzerland and attended school there for a year.  Mary […] The Alliance is excited to welcome Beedee Ladd as our newest board member. Beedee is a resident of Wilson, Wyoming, newly here year-round. She’s been interested in the Alliance for many years and has supported several of our initiatives over the years. “I’m delighted to be able to serve on the board and to be […] 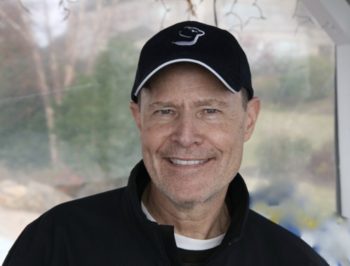 Member With a background in real estate development, green building, and historic renovations, as well as climate action nonprofits, Jim knows that development requires managing the demands of internal stakeholders at the same time as honoring the vision of public stakeholders. In addition to owning a multi-city real estate firm, Jim was the Managing Director […]

Gilman Ordway has been working to protect wildlife, wild places, and the community character of Jackson Hole for many years. Gil and his wife Marge own and operate the spectacular Fish Creek Ranch in Wilson. Ordway moved to Jackson Hole in 1954 and was one of the first Jackson Hole landowners to donate a conservation easement on his property to The Nature Conservancy to ensure its preservation as open space.

He is a former board member of the Alliance, and has also served on the boards of the Woods Hole Research Center, the Wyoming field office of The Nature Conservancy, the Teton Science Schools, The Wilderness Society, American Farmland Trust, and the World WIldlife Foundation where he currently serves on their National Council. He is interested in environmental education and has endowed several scholarships at the Yale School of Forestry and Environmental Studies.

He graduated from Yale University, class of 1947, and received a law degree from the University of Colorado.

Addie, along with her late husband Ted, were supporters of the Alliance since its inception and took turns sitting on the Board of Directors. The Donnans’ immense generosity with their time, efforts and knowledge was invaluable in making the Alliance what it is today. In honor of their service, we have named a key program for the Donnans - The Addie & Ted Donnan Memorial Conservation Program.

Addie played a vital role in organizing major fundraisers for the Alliance, including the Silent Art and Antique Auction and the annual “Addie’s Trunk Show.” She was also the major driving force behind the Alliance’s needlepoint rug project, rallying volunteers to create exquisite rugs, which are then sold to support the work of the Alliance. In addition to her work with the Alliance, she was a volunteer for St. John’s Hospital, Junior League, Red Cross, YWCA, United Appeal, St. John’s Episcopal Church, the League of Woman Voters, Teton Science Schools, the R.E. Lee Memorial Association, and the National Museum of Wildlife Art.